Arwyn Dunn Thornton died peacefully in his home with his sweetheart by his side on January 11th, 2022.

Arwyn Dunn Thornton was born to loving parents Crandall Dunn Thornton and Enid Rosalie Walker on January 24th, 1936 at their family homestead in Neeley, Idaho. He was the youngest of 6, with 5 brothers and one sister. The oldest being Norene Thornton (Tussing), Eldron Thornton, Lavelle Thornton, Miral Thornton, Ival Thornton and the baby of the family, Arwyn Thornton.

He was raised on a family farm that consisted of farm animals of nearly every kind. It is there where he learned to work hard as they raised cows, sheep and turkeys and various crops.

He attended all 12 years in American Falls Schools. In the 1st grade, he met a really cute little girl with ringlets in her hair. When he got home that very special day, his mother asked how his day went. He smiled and told her that he met the girl he’s going to marry and her name is Lorna. She left such a first impression on him that he permanently carved her initials for all of posterity, somewhere on their homestead. After high school, he continued his education at Idaho State University in the pharmacy school, which was an influenced interest that came from Norene’s husband. He soon realized that wasn’t the path for him for his lifelong career. Farming was in his blood and he decided to keep farming for another year or so. After that stretch of experience, he started working for the Union Pacific railroad. He was also serving at that time as a dance director for his ward. Interestingly enough, so was Lorna. They both served on a ward level, then were asked to continue on a stake level where they helped with many dance events including (after they were married) heading up many dance festivals which were regional activities for the youth. They started traveling to Utah where they performed and were involved in many dancing activities. At one of these dances held here in American Falls, Arwyn decided to ask Lorna why they were still dating and why don’t they just get married already. So, he married his life long sweetheart on August 10, 1955 in the Idaho Falls Temple.

Soon after they married, he was influenced by his new father in law to start his impressively long 40 year career with Idaho Power beginning in the Hagerman valley. His career consisted mostly in the operations of the power plants in the area. They moved to various different power plant locations in the Hagerman valley and American Falls. He retired early from Idaho Power and he then took a job with a short career working for the Bureau of Reclamation near Walcott using his power plant experience. He finished his professional career at that point and enjoyed his time working around his property keeping things growing in his yearly garden, keeping his yard looking nice and tinkering in his shop on his tractors and equipment. His interests and skills he learned as a young boy carried with him all of his life.

They raised 5 children while moving around but settled in American Falls as they decided they wanted to stay in one place to raise their 2 daughters and 3 sons. Their first born was Arwyn Kirk Thornton, then they were blessed with their first baby girl named Lynda Lee Thornton. Next came the middle child, Robert Kreg Thornton and another little girl named Lana Dawn Thornton. The caboose was their youngest boy Ryan Dunn Thornton. They kept them involved in various activities with school, community, animals and taught them the meaning and value of family time and just plain hard work.

After retirement, he decided he didn’t have enough to do on his own acreage, so he decided to pursue his long long interest in driving truck, so he became a hobbyist truck driver. Of course, he had a lot of experience previous to this with driving equipment, and he was truly in his element during these years. He drove fertilizer truck for Simplot where he delivered around the area to farmer’s fields. He also decided that his favorite place and farmers to work for were Clinger Farms. He had so much fun driving in the harvest every year and made life long friends for the plus 25 years of driving truck.

His involvement in their wards was very important to him and he served diligently in everything that he was asked to do. He served in nearly every calling in the church but a few of his favorites were ward clerk and serving as a member of the bishopric under a couple of different bishops. He loved his associations with the ward members over the years and loved serving them.

His Community Service included many different positions in American Falls and in Aberdeen. He loved helping and being involved in various events such as car shows, holiday celebrations in the park such as the 4th and 24th of July celebrations, he was engaged in family history and hardly said ‘No’ to anything he was asked to do to help others in his family and community. His longest stretch of faithful service was serving on the Falls Cemetery board for 26 years. He was recently recognized for his service as chairman of the board.

He was preceded in death by his parents Crandall and Enid Thornton, his sister: Norene Thornton, brothers: Eldron and (Idonna) Thornton, Lavelle and (Helen) Thornton, Miral Thornton, Ival Thornton and a son Robert Kreg Thornton.

Survived by his wife Lorna Lee, Children: Kirk of Boise, ID, Lynda and (Chad) Hawkes of Smithfield UT, Lana and (Keith) Davies of Pocatello, ID and Ryan Thornton of Phoenix, AZ. He has 15 wonderful grandchildren and 18 beautiful great grandchildren.

The visitation will be at 1:00 p.m. on Saturday, January 15, 2022 at Davis-Rose Mortuary in American Falls, Idaho. The funeral service will start at 2:00 p.m. A full obituary will be posted when available. To share condolences, memories, and photos please visit DavisRoseMortuary.com.

To watch the service live, click the link below (the video will begin approximately 10 minutes prior to the start of the service): https://us02web.zoom.us/j/85153962541.

To plant memorial trees or send flowers to the family in memory of Arwyn Thornton, please visit our flower store.

Lorna,
Our deepest sympathy to you and your children. We enjoyed being in 3rd ward with you when our youngsters were growing up.
Sincerely, Joe & Mary Ann Kuta

Sorry for your loss. I loved uncle Arwyn.

My deepest sympathy, love and prayers to this amazing family! I was so saddened to hear about Lynda's father's passing! I did only meet him and his beautiful wife a few times, but I have heard Lynda's many loving stories about him and her mother! I can understand better where Lynda gets her spunk and fun-loving attitude from.
All my love to all! I am so very sorry! ❤️🙏🏻❤️

Love you so much grandpa, wish I could be there to give grandma and mom lots of hugs. 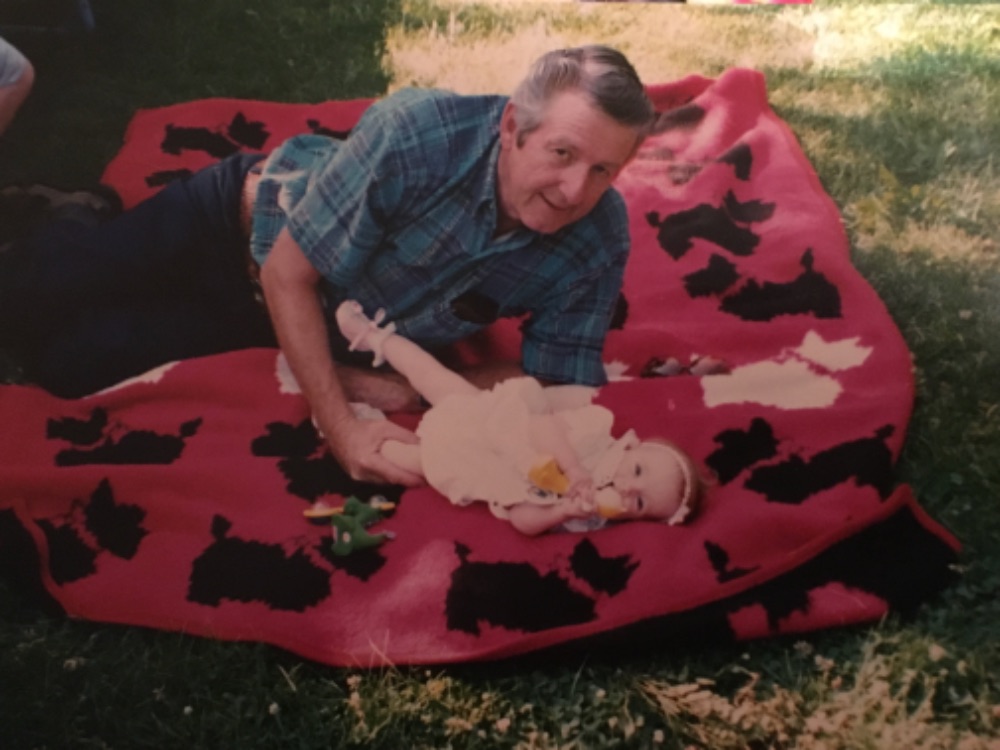 A photo was added for Arwyn Thornton 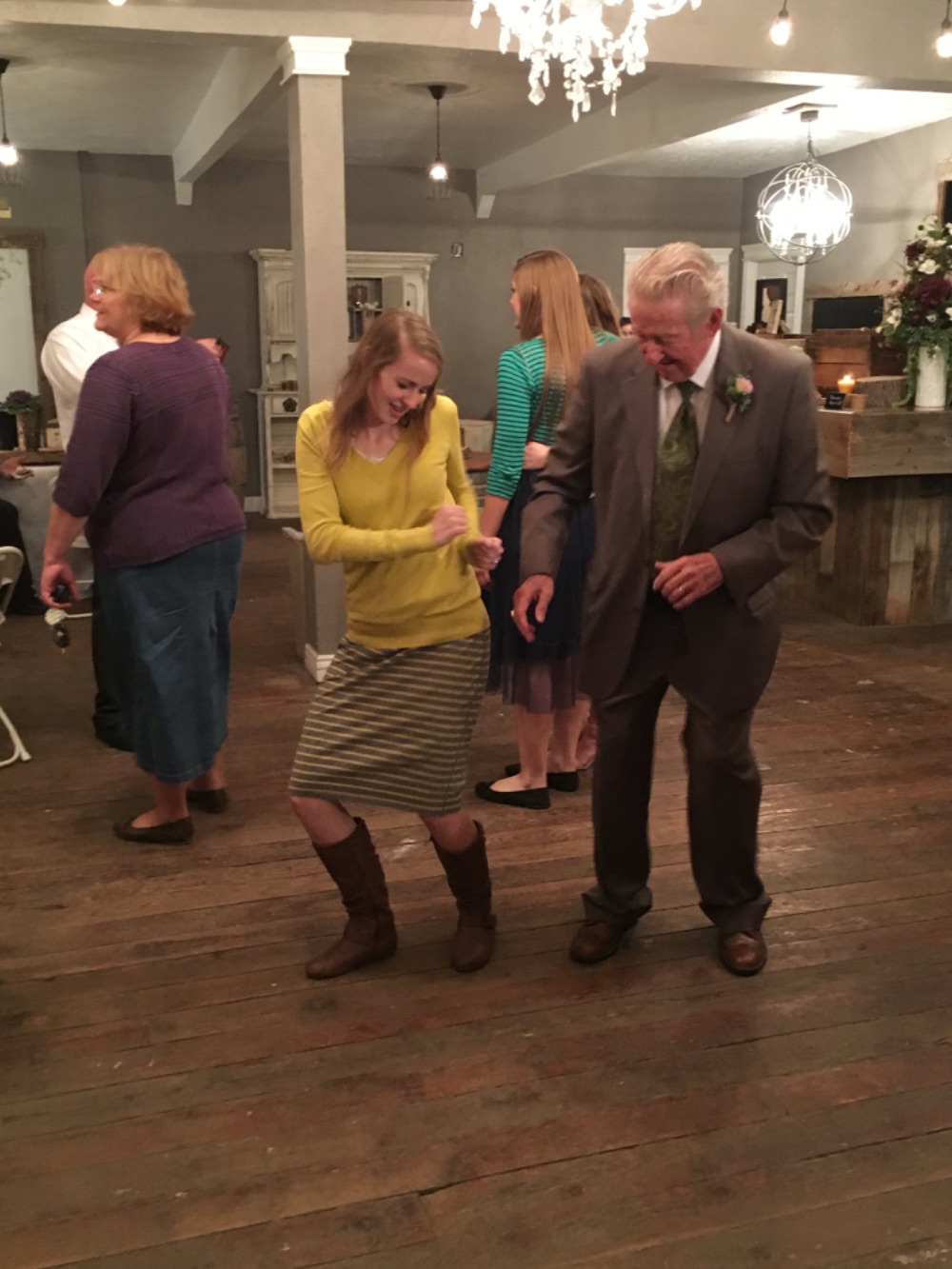 We are so sorry to hear this. We loved him very much. Always enjoyed visiting with him years ago when he'd come to Twin Falls to visit. Such a nice gentleman. We love you Sister Thornton .

We are so saddened to hear of the passing of Arwyn. He was so very kind and loving. Our thoughts and prayers are with the entire family.

Aunt Lorna, we are so sorry to hear of Uncle Arwyn's passing. We were so lucky to have been a part of the Crandall Thornton Family. He will be missed. Sorry we can't be there for you, but our thoughts and prayers are with you and your family.